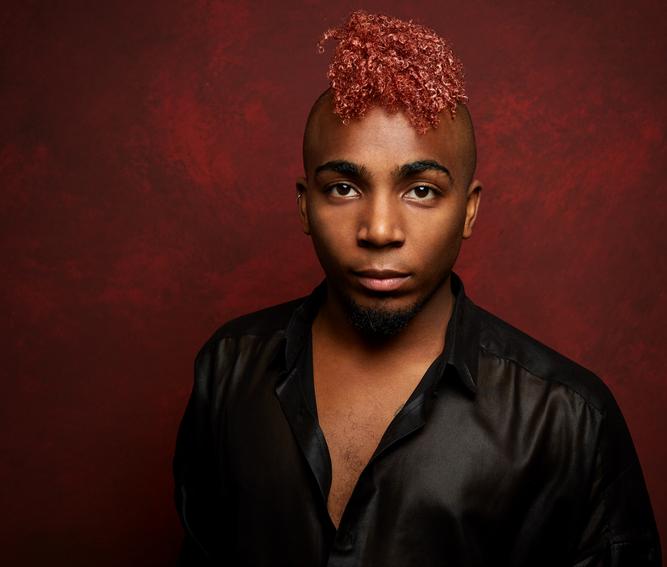 NIGEL SEMAJ. (they/them/theirs) is a director, movement director, choreographer, and educator from Washington, D.C. Notable directing credits include: Ntozake Shange’s Spell No. 7, Paula Vogel’s The Baltimore Waltz, as well as new works such as Black Hollow, by Aeneas Sagar Hemphill, and “wolfchildren runslowly through a Bruegel landscape,” 1558 by Ruth Tang. Their 2015 production of For Colored Girls who have Considered Suicide when the Rainbow is Enuf won them awards in Excellence of Direction, Excellence in Ensemble Work, and Excellence in Costume Design. Their adaptation work includes a five-female adaptation of Shakespeare's Titus Andronicus entitled 10,000 Moor, “For Hylas,” a queer retelling of the Hercules myth, and Call Me By Any Other Name…Just As Sweet: a queer deconstruction of Shakespeare’s Romeo and Juliet. Nigel’s movement and choreography have been celebrated alongside Ethan Heard’s direction of Marcus Scott’s adaptation of Beethoven’s Fidelio as a NY Times Critic’s Pick. Working currently as a Visiting Assistant Professor at Muhlenberg College, Nigel’s academic tenure in higher education includes policy creation/amendment, creating protocols and policies around equity, diversity, inclusion, and anti-racism. Their current scholarly work is in developing anti-racist pedagogies in theatre education, including explorations of anarchist pedagogies and bell hooks’ pedagogy of freedom. Nigel’s work is deeply rooted in Frantz Fanon’s theory on decolonization. It embraces violence as a means of decolonization alongside the belief that theatre is didactic and is a vehicle for change. They are currently working on a classical adaptation play cycle existing within the world of Dante Alighieri’s Divine Comedy. When Nigel isn’t choosing violence, they are vehemently cooking up a storm in the kitchen and baking cheesecakes for fun!